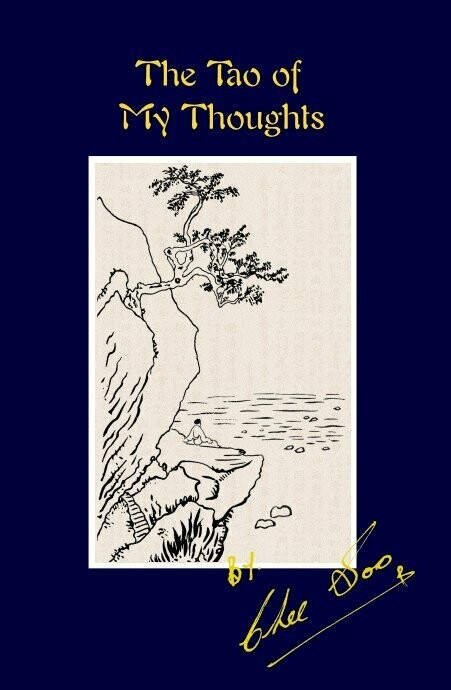 The Tao of My Thoughts

Book five in the series Taoist Arts of the Lee style.

Seahorse Books is pleased to announce that it has received a new manuscript written by Chee Soo that has remained hidden now for more than thirty years.

Many thanks are due to Marilyn Soo who kindly gave us the exclusive worldwide copyright to publish this new book. This book contains vital new information of great interest to students of T'ai Chi and of course anyone studying the Taoist Arts.

Here we find over a hundred pages of Chee Soo's own personal thoughts about his favourite subject - Taoist philosophy. For over sixty years Chee Soo endeavoured to put these principles into practice in his daily life. One night in December 1976 he had a dramatic realization, thoughts and ideas began to stream into his mind. So for the next eight years, he wrote these ideas down whenever time permitted. Complete with hand-drawn illustrations in Chinese inks from the Grand-master himself this book comes complete with an appendix transcript of an interview with Marilyn Soo, Chee Soo's widow. This appendix gives a unique insight into the character and the personal life of the man who many saw as a great Taoist master from the one person who knew him better than anyone.

Now after more than thirty years undiscovered we are pleased to announce the publication of this unique book, with many thanks to Marilyn Soo who has given us the exclusive copyright.

Save this product for later
Display prices in: GBP

Stay up to date