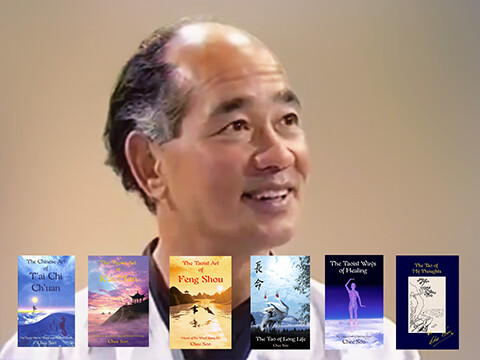 Chee Soo would say that every aspect of the Arts is like the fingers on your hand. Would you want to lose even your little finger? Well I took this to mean that every finger works together to give a firm grasp. Synergy means that the whole is more than just the sum of the parts, and so something extra is generated when the parts work together.

I remember when I first met Chee Soo it was at the Oddfellows Hall in Leamington Spa, we were waiting on the stairs before the class started and he asked me why I was there. I explained to him I was an undergraduate studying philosophy at the University of Warwick but that there was no Eastern philosophy on the syllabus, and I was interested in Taoism, did he teach it? Well he said: "That's all we teach". However he did not teach Taoism in the way we were learning Western philosophy at the University which is studied as an academic subject, instead we learned through doing rather than talking about philosophy, and the subjects Chee Soo taught were more like practical illustrations or the application of this philosophy. I started learning T'ai Chi at his class, then after about five years I was at his class in Coventry and I got there a bit early and he was teaching a Feng Shou Kung fu class. I noticed the movements were a bit like Tai Chi although more obviously orientated towards self defence. After the class I asked him if I should be learning kung fu too, he said 'it's not necessary'. Well I started to wonder, why is he doing it then? So I asked him if it would help me with my Tai Chi and he said Yes, of course. So from this point onwards I decided to learn some of the other Taoist Arts and I started attending the kung fu classes, and after a while I also started attending his Health and Massage courses that he was teaching at weekends.
What I came to realise after a while is that the various sections of the Taoist Arts were a bit like jigsaw puzzle pieces. Each piece had a void or a bit missing, but also a piece that dovetailed into another piece. Also like a jigsaw puzzle it required some effort and ingenuity from the student to fit the puzzle pieces together.
So here you have the opportunity to read and explore each section of the Taoist Arts of the Lee style written in the words of Chee Soo himself. Chee Soo was a speaker of the English language and yet he was taught the Taoist Arts by a Chinese national, his teacher Chan Lee who was born in Shandong. Not only are the various books inter-related, and each one contains valuable clues about the other sections oft he Arts but you will discover that the books also have a magical aspect. Firstly you will read them as a beginner, then you will learn some aspects of the Arts maybe at a Tai Chi or Feng Shou class. Then after a few months you may pick up the book again, but you will notice something you didn't see before. What you need to do at this point is read the book again, in fact you need to re-read all the books again, and you will find that they are different books on the second reading. In actual fact you can re-read the books again, and again, and again, and anyone who has done so will tell you that each time you read them they are different books.

Buy the whole series at once and get a 10% DISCOUNT

Save this product for later
Display prices in: GBP

Stay up to date